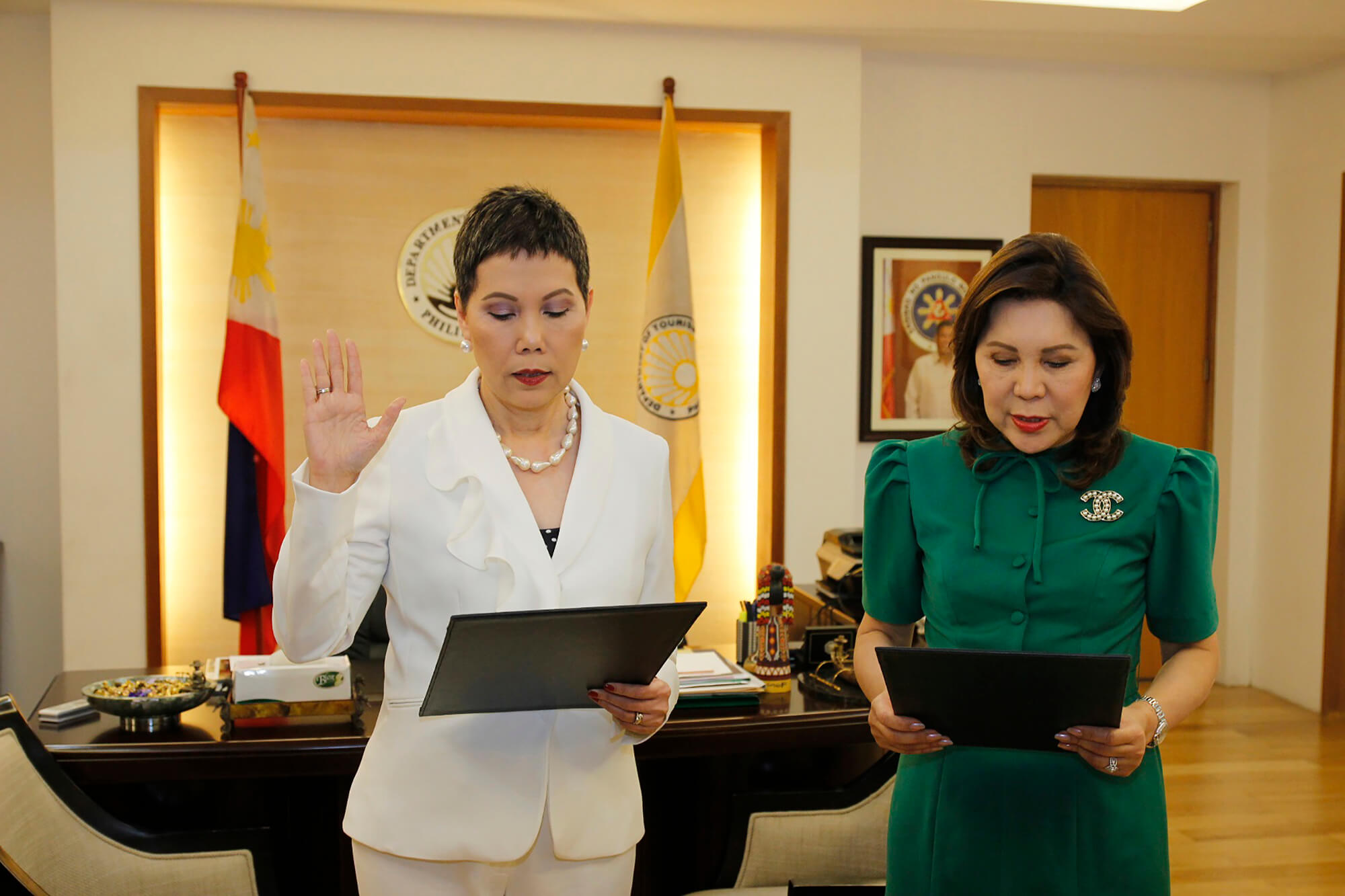 .Diamond Hotel Philippines’ General Manager Vanessa Ledesma-Suatengco takes oath as Member of the Board of Directors of the Tourism Promotions Board in the presence of Department of Tourism Secretary Wanda Corazon Teo

Diamond Hotel Philippines’ General Manager Vanessa Ledesma Suatengco was appointed by the Department of Tourism (DOT) as Member Representing Accommodation Enterprises, Board of Directors of the Tourism Promotions Board. She recently took an oath in the presence of DOT Secretary Wanda Teo.

Vanessa Suatengco assumed the role of the General Manager of the Diamond Hotel Philippines in 2009, and became the first Filipina to hold such post in a 5-star hotel in the country.  Under her management, Diamond Hotel has evolved to become one of the major players in the hospitality industry and has become an innovator in various endeavors -- making it one of the top hotels in the bay area and hotel of choice among heads of state, embassies, dignitaries, government organizations, corporate clients, convention organizers and entertainment producers.

Vanessa Suatengco’s wealth of experience in the hospitality industry also comes from her previous posts from 5-star hotel brands and chains. Past positions include being a Resident Manager, Regional Human Resources Director and Personnel Manager. She spearheaded major projects of the companies such as renovation, customer care program, corporate social responsibility initiatives and training programs.

She was also a Certified Auditor of Department of Tourism Accreditation Standards, member of the Board of Trustees for Tourism Congress of the Philippines (TCP) and appointed Treasurer of the TCP (2013-2015), and member of the Board of Directors for the Hotel and Restaurant Association of the Philippines (HRAP) 2012-2017.  Moreover, she was President of The Personnel Managers Association and chaired the Gawad Lingkod Awards which eventually evolved into the current MABUHAY Awards.

One of Vanessa Suatengco’s notable recognitions was being chosen as the 2009 Mabuhay Gold Awardee bestowed by the Association of Human Resources Managers in the Hospitality Industry (AHRM) for her valuable contributions to the Philippine hotel industry.  She was also named one of the ten “Hospitality Superstars” in 2014, in the landmark book by hospitality and tourism expert Vic Alcuaz, presenting ten of the brightest names who have made significant contributions to the way hotels, resorts, and restaurants are being managed in the country.